The Bleak Universe stems from the poem set “You Miss Alcohol So Much” which on painting/poem four “& Sober Too” it features a square “Earth” with a point where Bleakz maintains sober space. These planets are a part of that and their own spaces. Sometimes from feelings, friends, universal pull...welcome. 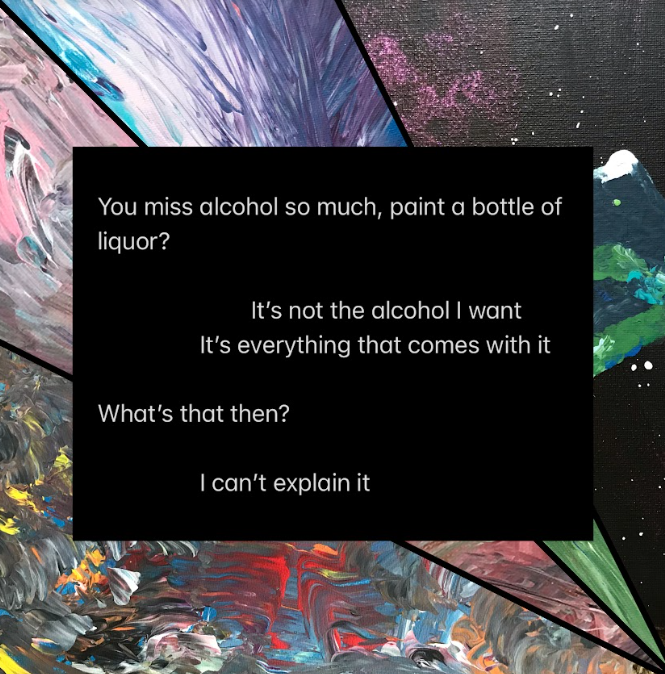 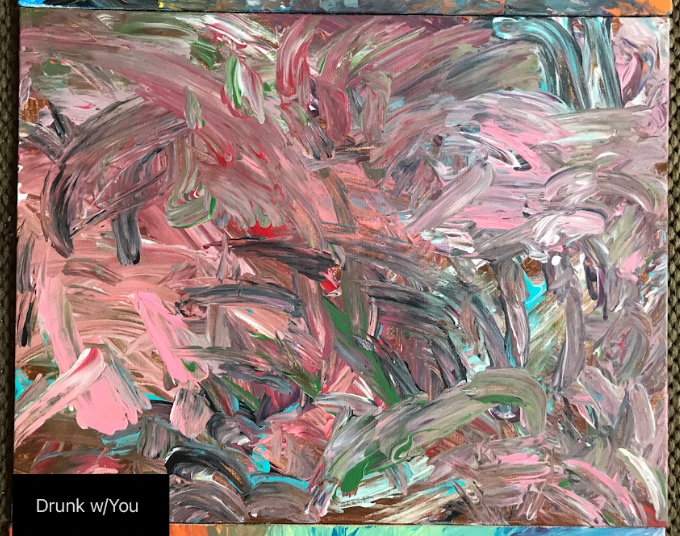 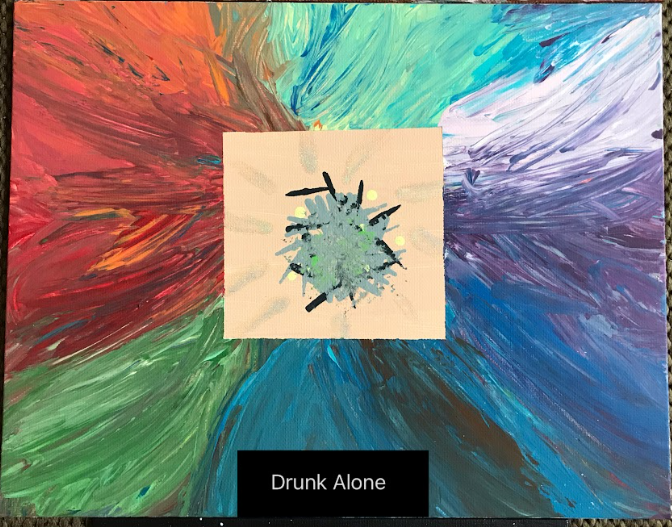 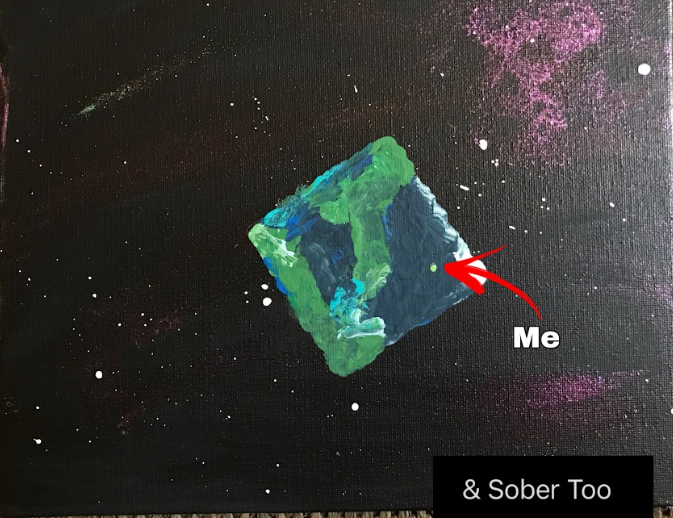 
Kaurze planet is made of dastardly wicked quantum fluid, deep and bright purple ooze about as well as metallic teal seas and leftover neon lava. It's galaxy burst is made of up Auxium's gold metal flare out.


Auxium is mostly gold land, with bright neon yellow and mustard like gasses, it's only land is in the center of one side and as shown is neon green. It's galaxy burst is made of Kaurze's quantum fluid flare in.


Each independent and dependent of each other and have color shifting galaxies in the background as well as dozens of small white stars. 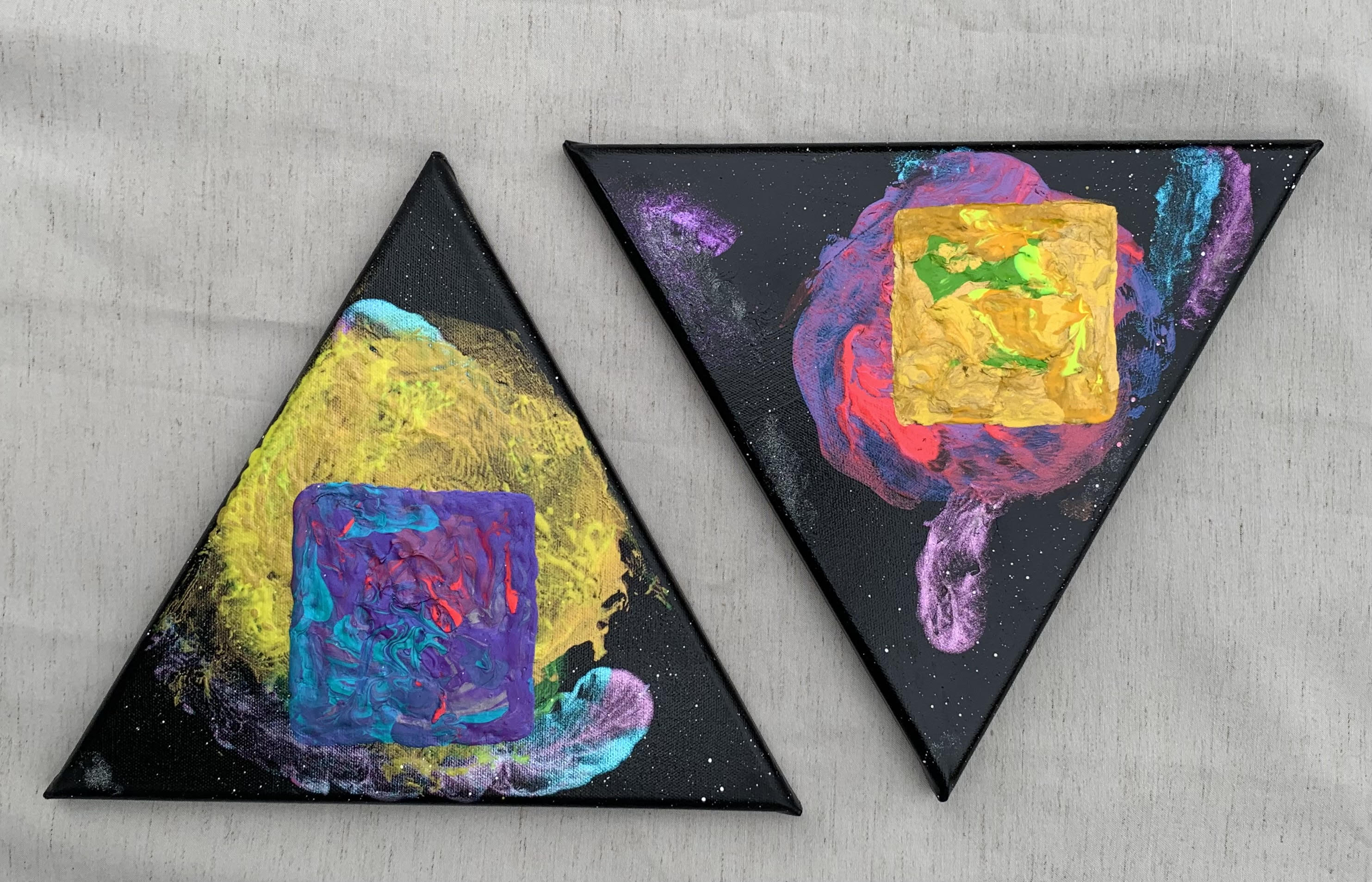 
Nora planet is covered in a bright metallic purple mountains with silver and lavender peaks. Forests of bright neon and metallic green. 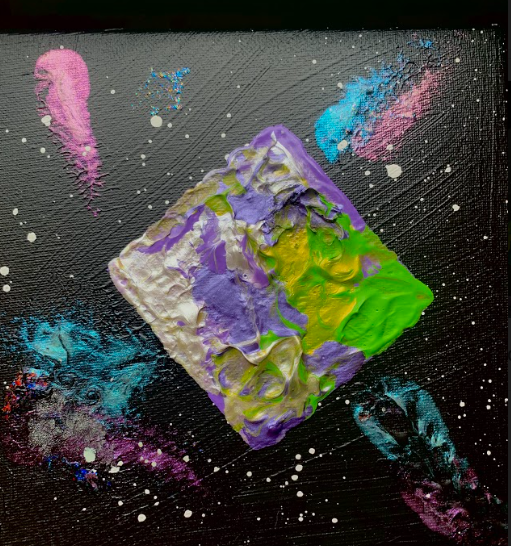 There are four color shifting galaxies in beautiful view, they're all a team this 5.


The gold accent is also swirled and some metallic teal ocean in the corner. 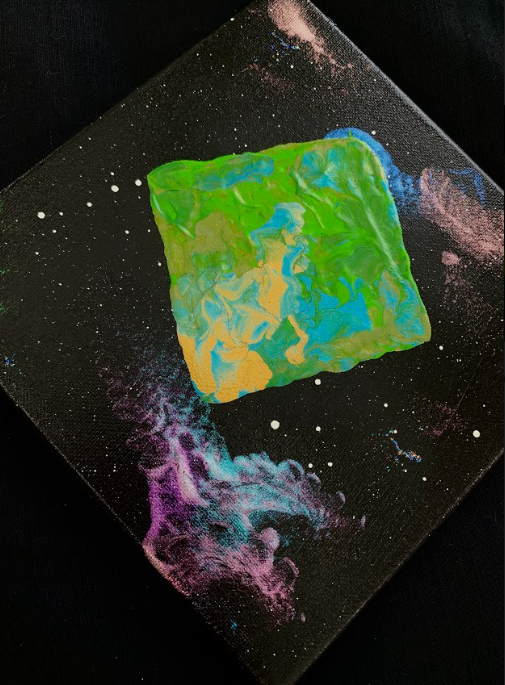 There’s also a small neon green galaxy burst on the corner, as well as color shifting galaxies throughout the background. 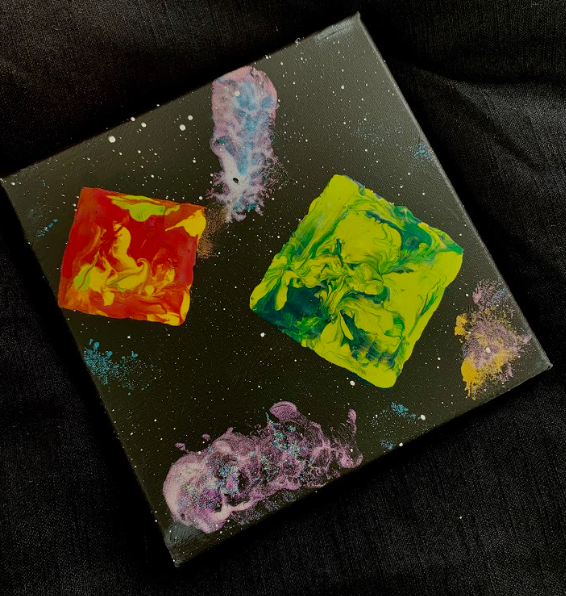 They're friends, not enemies.


Kehmlaught planet has a gold green galaxy shift in the background. It is covered in ice like silver teals and lilac purple, with peaks of white. This frozen planet also has an abundant deep green forest with a steaming hot crystal clear blue lake. 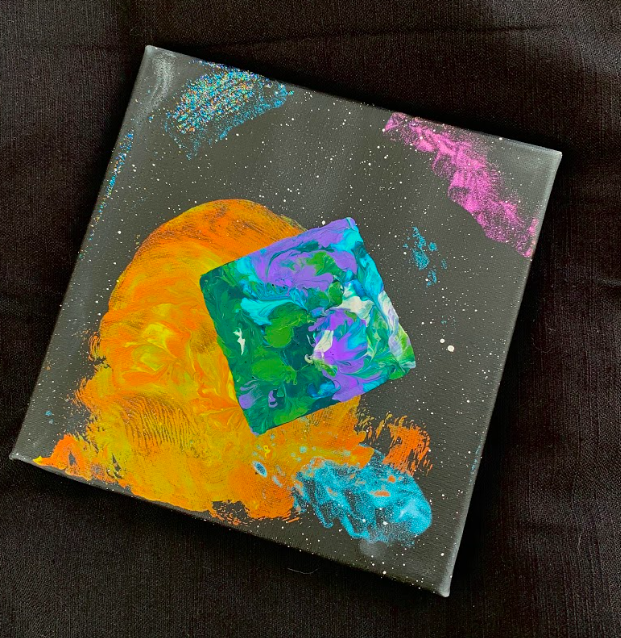 
Both with color shifting galaxy back and dozens of white spec stars.


First one features an unknown small planet, it's covered in bright yellow, greens and red but is clearly not as vibrant as the reds, purples and gold of the major planet Romeo. 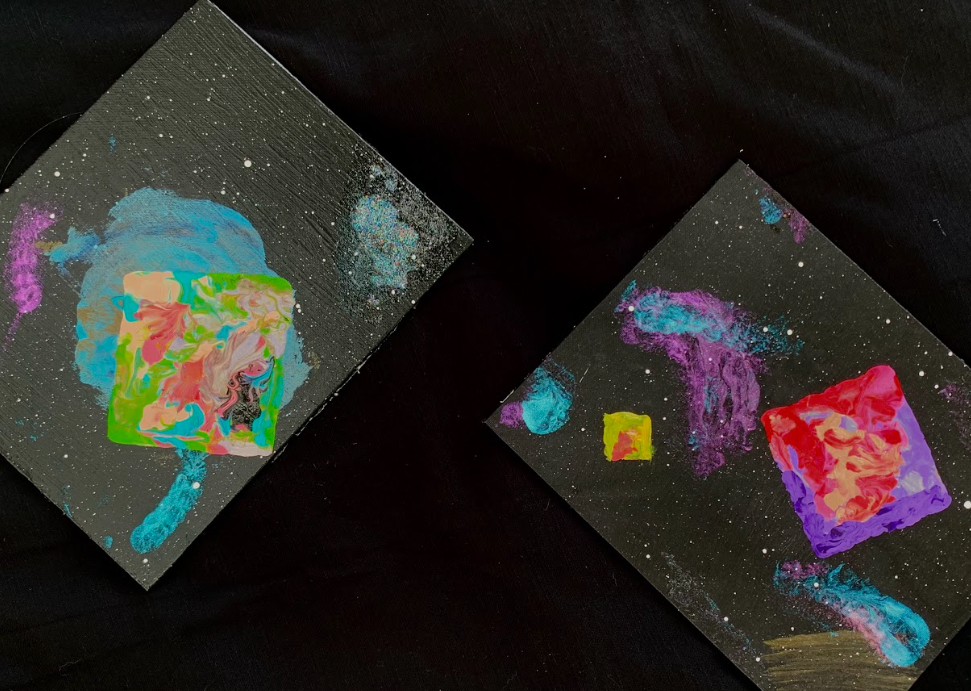 Meeor is a blue-collapse galaxy planet that features some neutral beige as well as an almost see through black ocean; not to be overwhelmed by the cool and calm blues, green, rose and gold. 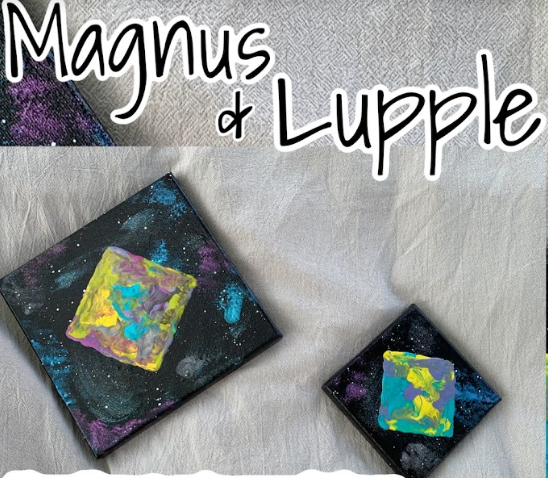 A larger Magnus in smokey waves of iridescent aqua and cherry red with neon yellow and green. Dozens of stars and color shifting galaxies cover the background of each planet. Mini Lupple planet is cool and inviting, a metallic blue and iridescent aqua meet a dazzling purple with a bright neon yellow dancing across them all.


A mini Flora in iridescent aqua, purple and ruby with peaks of metallic black. There’s color shifting galaxy glitter in the background of each planet. Pegasus planet has a puzzle like pattern of colors, also mostly iridescent but some neon, these colors remind me of play doh. No more red than blue, no more green than yellow: a maze. Also fun fun textures. 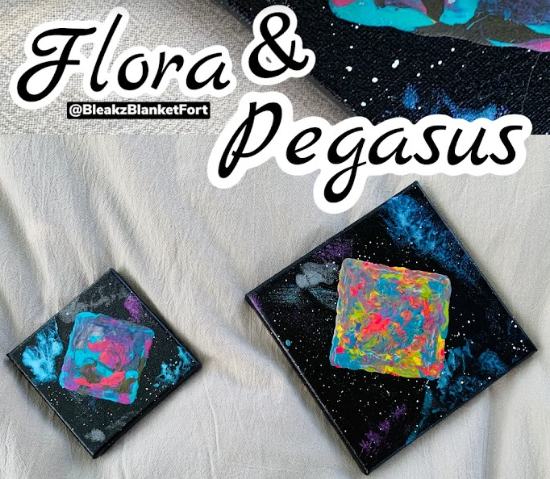 
Omega One planet is a wonderful and vivid green and yellow, iridescent acrylic. It’s infinity ring is covered with two brilliant glitters. The planet is the clear story but there’s some small galaxies among it as well as numerous stars. The infinity ring is a big highlight though! 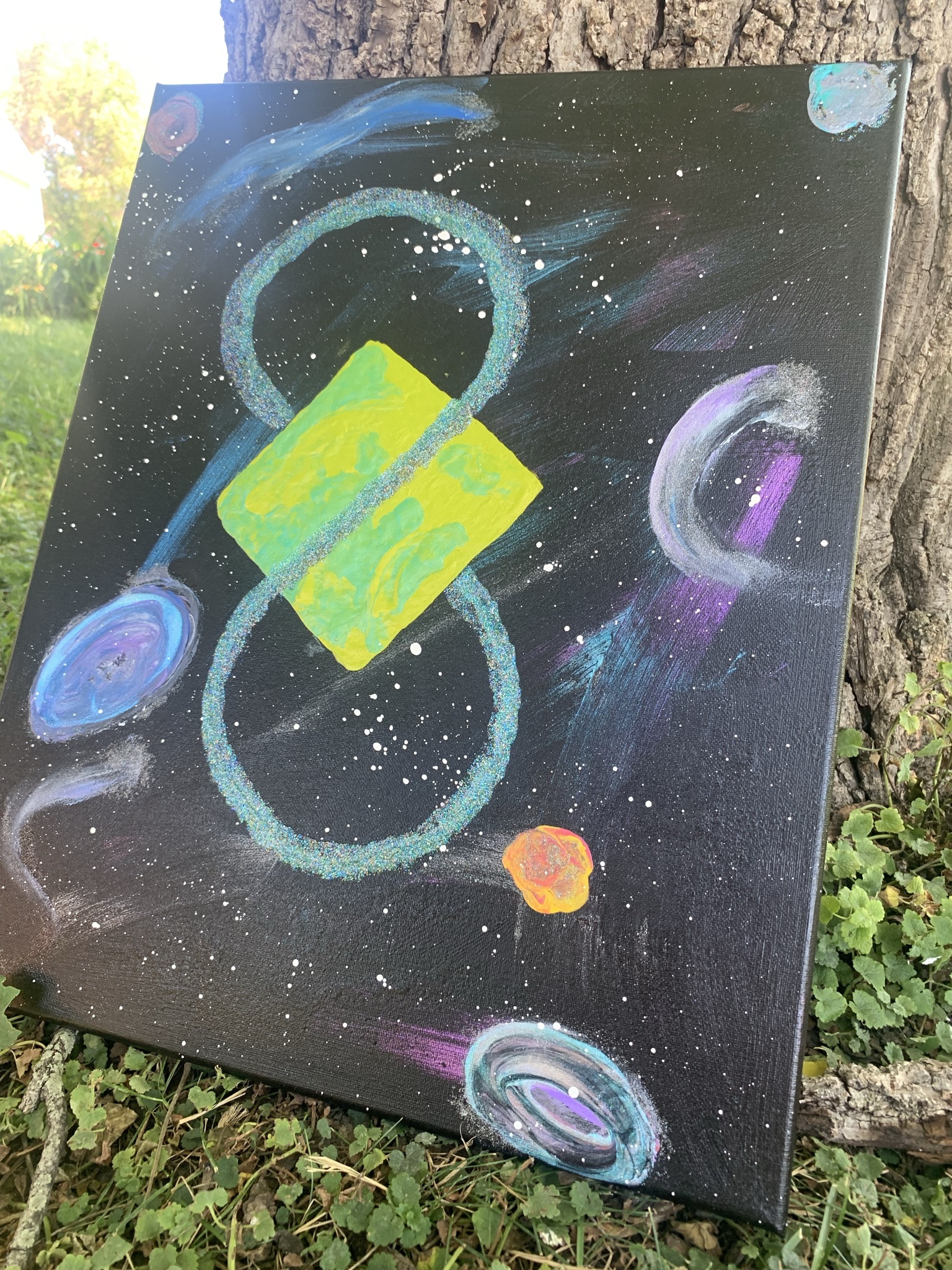 
This simple but stunning square moon will be one of my favorite pieces, it’s my favorite swoops of glittery mess with the out of character round divets in the over sized moon. There’s a small earth like square planet as well. Simple but wonderful, The Moon & More 🖤 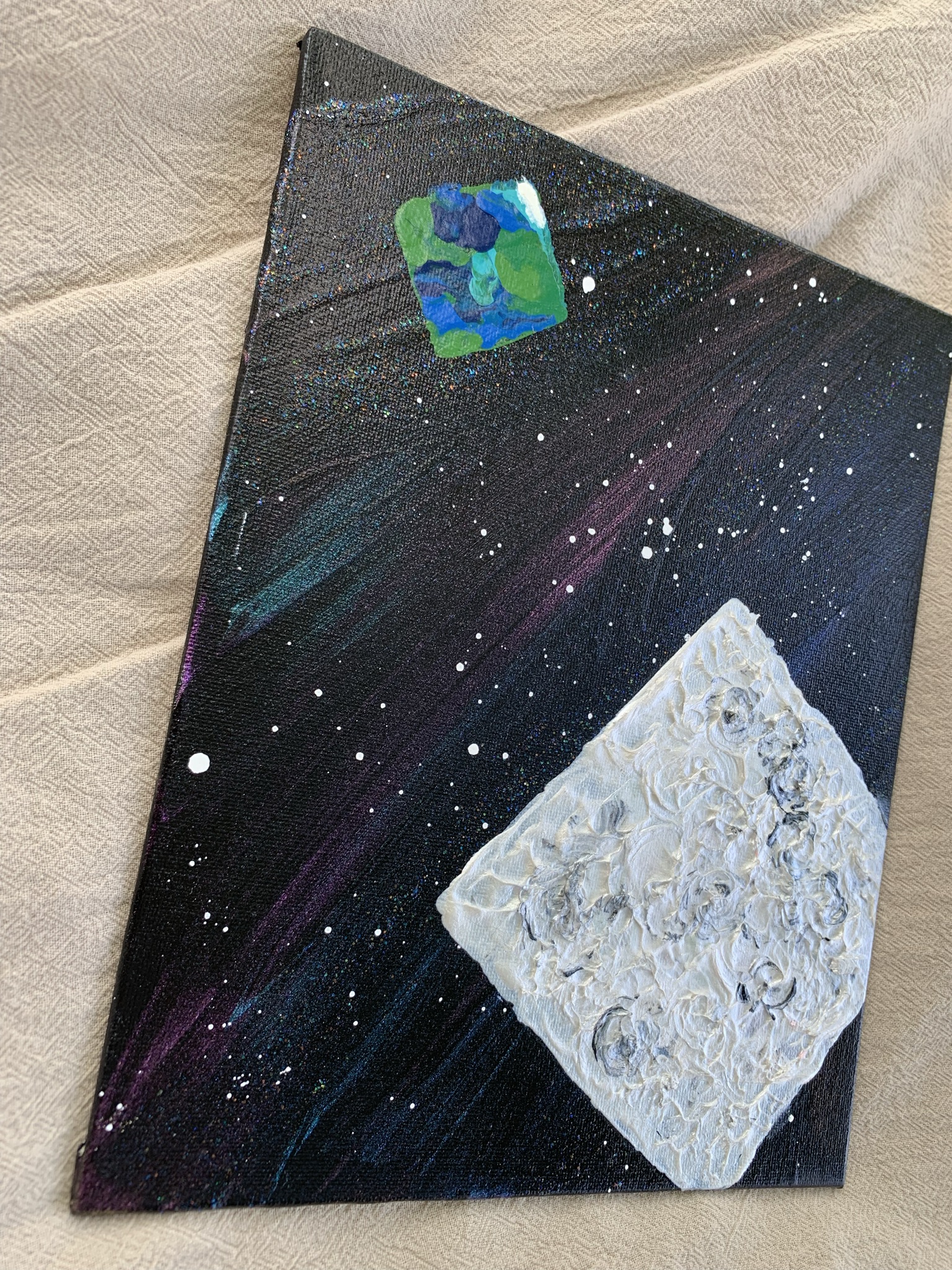 A square planet not like or unlike the others; it’s lacking a dark galaxy. Stars. Normal space features.

Alas, it’s bubble gum atmosphere may be from or as a result of the metallic black static around its earth like square edges.

It’s dual colored infinity ring in transparent glitters is almost the last aspect you notice, even though it’s the most beautiful.